GUEST BLOG: On Graduation AND Activating the Imagination

Dr. Chris Emdin, the bestselling author and associate professor at Teachers College, Columbia University, will deliver the afternoon keynote at the 2019 LEAP InnovatED Summit on Aug. 27.

As soon as I hit six feet tall, I found myself drawn (pulled) into a persona that I ended up being drawn (created and constructed) into. I was Black, tall and from a tough neighborhood. I dressed in oversized hoodies and my pants hung low. Somehow, what I looked like, where I was from and what I wore allowed people around me to create a vision of me that suited them. I was imagined by teachers, media and the world into a person that should be feared. This fear gave me power in a world that made me into someone other than who I was before I could speak. It’s a fascinating thing to only feel empowered when you are framed in a way that disempowers you.

In my late teens, after a difficult time navigating middle and high school, I got into a fight right before graduation. That event was a capstone for what my parents described as four years of rebellion. Through an enormous struggle on their part, I somehow found myself in college.

Like many students who meet the basic requirements for graduation, I found myself with no purpose or direction. I knew my parents wanted me to graduate from college, but I was also being pulled in many other directions based on all the messages I was receiving from the world about who I was. On certain days, I felt like I had a larger calling to do something of some significance, but had no map for how to move forward. In school, I hadn’t formed any significant relationships with any adults who could help me navigate the complex world of adolescence. These relationships were something I didn’t know I needed until I stood on the precipice of adulthood battling bouts of self-doubt and in need of direction.

This is the experience of far too many young people who make it through high school. It is only a thin slice of the experience of those who don’t make it that far. In education in the United States, we are so preoccupied with getting young people to graduation that we are unconcerned with providing these young people with inspiration. Across the country, statistics point to higher graduation rates than ever before. In schools across the country, outcomes for traditionally marginalized youth on standardized assessments have generally improved. Despite this fact, young people are entering college taking out loans for remedial classes that do not count toward graduation, delaying courses that may challenge them academically and, in many cases, ultimately leaving college. There is a lost generation emerging from K-12 schools with diplomas and no purpose. These young people have been set up to fail by a school system that has trained teachers to believe that their chief role is to get students to graduation, rather than focus on building relationships that activate their imagination.

In college, after struggling on campus, I stumbled into a biology classroom where a professor invited me to conduct research in her laboratory. At the time, I had no interest in science and did not believe I could do well in the discipline. However, the professor saw something in me, and treated me like a scientist before I knew what a scientist really did. We spoke about my life as we conducted research and discussed my life experiences as we engaged in rigorous scientific research. There were moments where I wasn’t sure if we were learning or just talking but I did begin to imagine myself as a scientist. Somehow, graduation wasn’t the goal. It was something bigger than myself. In that lab, greater possibilities emerged. I saw myself as part of a community and began to think about myself and my life in a different way. I went on to major in physical anthropology, biology and chemistry and completed a master’s degree in Natural Sciences before I decided to go into education. I wanted to create opportunities for young people to feel as alive as I did in college in middle and high school.

I often reflect on my trajectory. I go back to my experiences in school and the absence of connections I had. I think about those who did not have the dogged resilience of my parents and never forged a relationship with positive adults. I think about friends who graduated and “made it” and those who didn’t. I realize that a system that was mostly about graduation and test scores and hardly about inspiration or imagination failed even those who made it. Most importantly, I think about how to do both—meeting benchmarks and forging relationships that inspire.

As an educator and researcher, I have spent decades identifying a method for teaching and learning that reimagines schooling in a way that anchors it in relationships and inspiration. I have reflected on my teaching and learning experiences, as well as those of young people I grew up with, and travelled to schools across the world to identify spaces where educators activate the imagination. I have witnessed powerful educators who meet academic benchmarks AND trigger something powerful in youth. I bring all of these experiences and research to the LEAP InnovatED Summit and am excited to share these truths with your educators. See you all soon.

Interested in learning more about Chris? Read about him on the Summit website, or get your ticket to see him in person on Aug. 27. 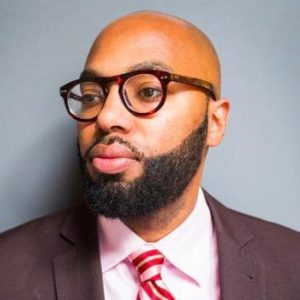